Exactly one month ago, my son turned three…Wow…Time flies...I still remember the day I had him and held him in my arms with those captivated eyes looking back at me…It was magical…I think that is the feeling of every mother out there… That was when I knew what love at first sight really meant…But the love story started when the baby was growing inside of me, even before I have seen it, touched it or smelled it…I just felt it growing inside of me along with the various pickles that came along with pregnancy…I am pretty sure that every mother would agree to this statement…   And for every woman who has lost a child through miscarriage, I can totally feel you Sister! It is with a heavy heart that I am admitting that I have lost a child too. He/She was almost 14 weeks old. I went to the Gynecologist, all excited, hoping to hear some good news after months of trials and failures but the expressionless Doctor told me it was not growing well… I did not really understand what it meant, so I sm
Post a Comment
Read more 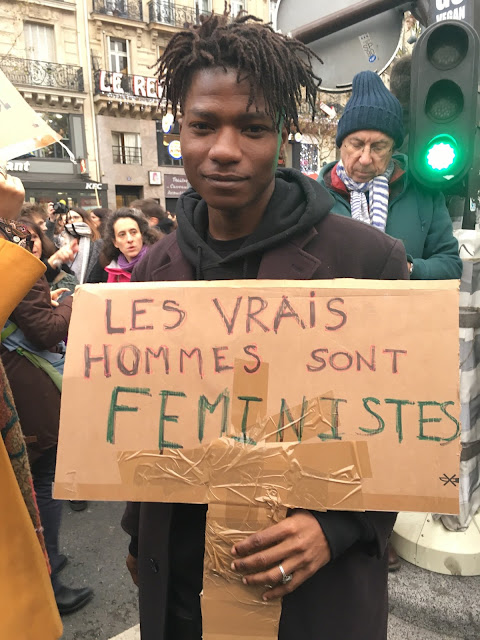 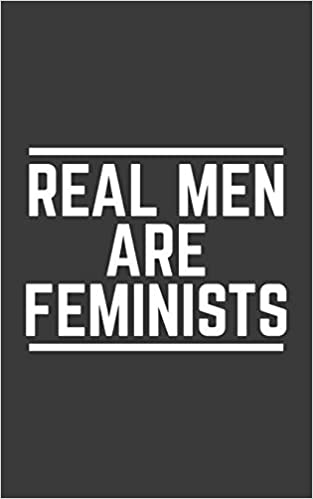 For those who know me, you know that I find people very fascinating…I can sit for hours gazing at people…I also love talking to people, to hear what they have to say and to share what I have in mind, though not many do listen to what I have to say…Maybe because I am too much a perfectionist, in my thoughts mostly…I have so often heard my mum say to me “Do not tell people that you are my daughter!” as I can easily go out with my creasy clothes and my oily hair, without the slightest care in the world…So as I said, perfectionist in my thoughts, predominantly…And these thoughts make me think more than requisite in most instances...   Many a time, I have heard men say: ‘I am a real man” Are you?! First of all, who says that? And what are you trying to prove? Are you trying to prove you are better off than other men? Are you an avatar of God?!   Even Rama, the 7 th incarnation of God; depicted as the ‘perfect man’ had failed in one way or the other… For those who do not know the whole story
2 comments
Read more 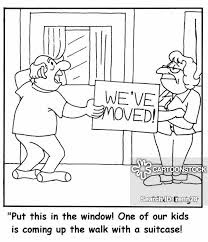 Some say that the parents’ home is the best… I think that it is more of an overstatement…Those who say that do not live with their parents… Obviously…I do…And I can tell you they are the worse, maybe more like your enemies…And I will tell you why…   My parents fight like cats and dogs every single day…I swear, you just want to bang your head against the wall when they start at it…Even hubby says that this home is like a ‘pagal khana’, translated to a ‘mad house’, and he is probably right…   I know I am supposed to respect them for being my elders but is not respect kind of a mutual thing?! And I am not saying that they need to fall on my feet or something for sorting things for them like how to restore the WhatsApp, or how to check the email or how to search for something on the internet  or typing letters amongst others but I am talking about being disrespectful when I am snoozing by keeping the voice or the YouTube down…Or barging into my room to ask if I am sleeping…For God’s sake,
Post a Comment
Read more

Happy Freaking Wedding Anniversary to me!!! 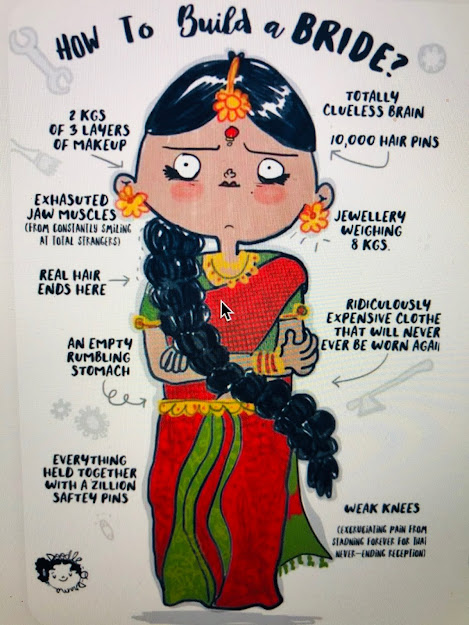 For many, a girl’s wedding day may be the most beautiful day of all…I see so many young women posting alluring pictures of themselves on Facebook and I cannot but go back to what was my worst day ever…   On my wedding day, exactly 12 years ago, after 4 hours of make up and hairstyle by both make up artist and hair stylist, I looked more like a geisha (in Japan, they are termed as very attractive women) but in my case, it was like having 10 layers of foundation on my face with a colour which was way more whitish than I…I don't know why people like to be painted whiter than their usual colour…Come on people, we have very nice tanned skin…Let us embrace it…The people who tend to love our skin colour more than us are the white people…They would probably kill to get this natural tan colour and here we are, trying to make us look whiter…   Had it not being for my cousin and brother in law who came to see me in my room prior to going to the tent where the matrimonial ceremony was going
2 comments
Read more 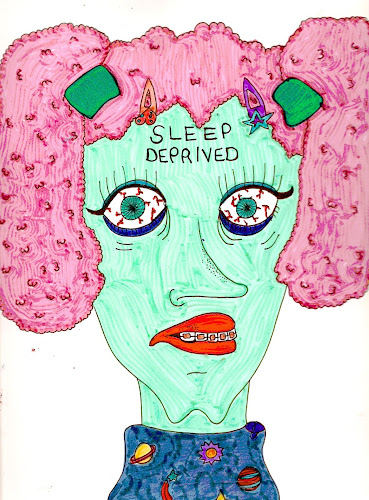 Did you know that sleep deprivation could make one turn into a nutjob, on top of all the accompanying pickles like dark circles, blurred vision, headaches and all day tiredness?!   Well now you know…I was always a light sleeper…I hear all sorts of noise while slumbering…I swear I could even hear our dog walking on the stone-chipped pathway outside when I was on the first floor…My husband used to call me crazy…   I even respond to questions I am asked whilst I am asleep…I swear…Ask my brother…He always used to barge into my room while I am in deep slumber snoring my dreams away and interrogate me and I would instantly answer him…All too correctly, so much so that he himself thought I was faking my snooze…   And I snore like a pig…Literally…Well in my house, we all do…I remember my sister in law once had to sleep between me and my brother and she said that we were both in sync as if we are taking part in a terrible musical concert whilst sleeping…It sounded funny except that she could no
8 comments
Read more 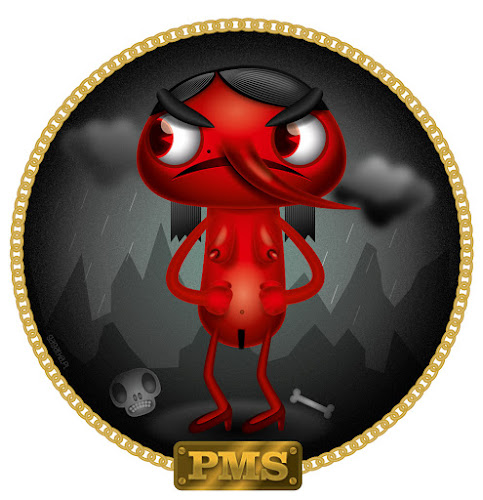 If you are anything like me, I am sure you instantly transform to the crazy bitch once you start PMSing…and as crazy as that sounds, we ladies normally do not even realize the rationale behind such anger and frustration until we finally get to see those red drops on our panties or the taint in our attires if we are having a really bad day…   And the person who bears all the wrath is most of the time our dearest partners…But try to catch up Men!! This is not the first time that you are having to bear the brunt…It has happened before and it is most likely to happen for the next twenty years or so…so better be prepared once for all…   Seriously I think men need to be made more aware of what happens to the ladies when PMS knocks at our doors…You better learn quick and I will give you a few pointers and you need to heed my advice…The sooner the better…Believe me you do not want to be found shivved by your own adorable wife…Yes, you heard me…We ladies are capable of every nasty thing that yo
3 comments
Read more
More posts

Teel
Teel is trying to live up to her ikigai, ie her life purpose and has tried painting, mentoring, volunteering and now blogging on top of being a busy mom to a hyperactive son. Empathy runs in her blood and she hopes to reach out to others through her work.